PSI/J is a portability layer across different HPC workload managers allowing workflow developers and users to create portable workflows with a standard API. PSI/J aims to focus effort by pooling into a single layer the collective knowledge obtained from these disparate efforts. PSI/J is composed of both a language-agnostic community-defined specification and the specification's language-specific implementations. The high-level goals of the specification are to be lightweight, user-space, minimally prescriptive, scalable via asynchronous operations, general, and extensible to different systems, schedulers, implementations.

The PSI/J specification is broken into three layers that each build on one another: 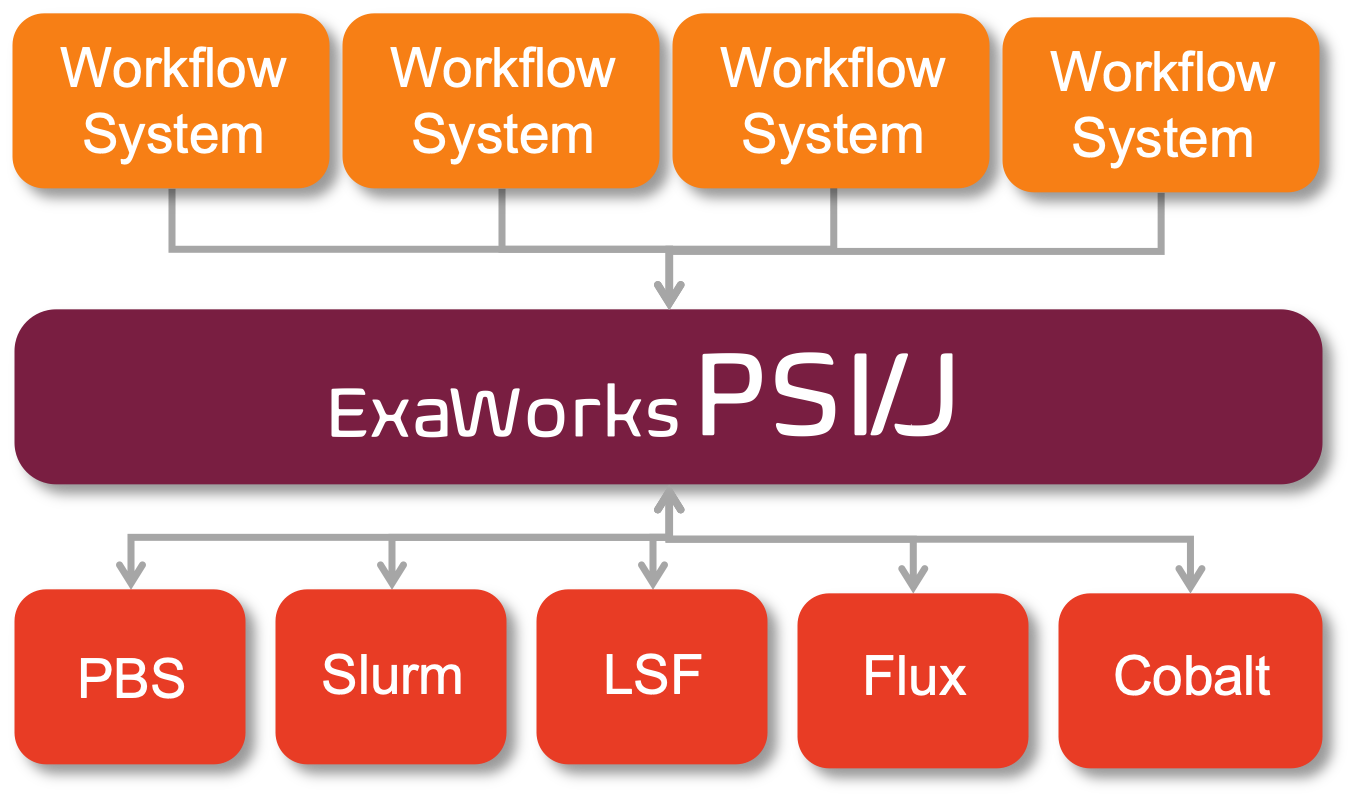